The Disappearance of My Mother (2020)

The Disappearance of My Mother is a successful piece of documentary filmmaking inasmuch as it’s entertaining and dextrously crafted. Seldom has a movie’s subject so frequently told its creator to f*** off. As far as we can tell, she’s right to do so; surely there’s a point at which familial love is more important than badgering a loved one “for art’s sake.”

Happy to escape a fatherless home and wealth-obsessed mother, Italian teen Barzini was “discovered” in 1963, quickly rising to international success. We see her posing in couture fashions of the era, hanging out with such A-list patrons as Andy Warhol and Richard Avedon. But she became disillusioned, the Women’s Liberation movement opening her eyes to feminist (and Marxist) principles in direct opposition to her professional world of consumerist glamour.

She now teaches fashion students, training them not in sales or design but in parsing those industries’ objectification of women. She dresses down to accept a local award and hates being recognized as a celebrity. It’s her dream to disappear onto an island so remote that computers, telephones – and those dreaded cameras – cannot reach it. 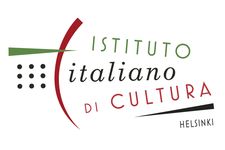